The focus of this WP is on driving mechanisms (triggers) and processes changing the past landscape water and matter budget during the Late glacial and Holocene. Accurately dated studies at high spatial resolution on secular lake-level and groundwater changes (i.e. on palaeohydrology), on relief changes and sedimentary processes (e.g. aeolian and colluvial dynamics) as well as on soil formation and distribution will be performed. This WP also includes the analysis of palaeoecological proxies (e.g. pollen, charcoal) and archaeological data in order to differentiate natural from anthropogenic drivers leading to Late Quaternary landscape changes.

From northwest to southeast the northern central European Lowland is characterized by several climatic and ecologic gradients, changes in the edaphic and geomorphological environment, as well as by different (pre-)historic-cultural developments. We will undertake comparative geopedological-geomorphological studies along a north-south transect comprising two key sites in the young morainic (Weichselian) area north of Berlin and the surroundings of Cottbus in the old morainic (Saalian) area of Lower Lusatia, respectively.

The 40 km2 catchment of the Lake Fürstenseer See (Müritz National Park) is characterized by a large number of lake terraces, mires, dunes and palaeosoils bearing a high geohistorical potential that will be elucidated. In particular the interdependent hydrologic development of lakes and mires shall be reconstructed with high spatial and temporal resolution.

The area around Cottbus is one of the largest lignite mining areas in Germany. Recultivated opencast mining areas will be used as “dynamic landscape laboratories” for analyzing structures and processes of initial ecosystem development and for reconstructing the transition from natural to man-made landscapes since the onset of the Neolithic.  We will take advantage of this situation to reveal the transition from a natural to a cultural landscape in the Northern European Lowlands and to study historic and prehistoric man-environment interactions on different scales.

Emphasis will be given to the development and application of new field techniques to characterize soils, terrestrial sediments and landforms in order to enhance the information recovery from the geo-archives. Finally, we will integrate the data from the different areas (Müritz, Lusatia) along the Northeast Germany transect using a GIS-based model and reconstruct past environmental conditions and anthropogenic landscape changes. 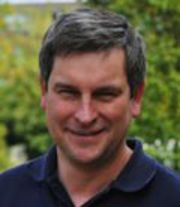