Lake sediments have been proven as sensitive archives of environment and climate change. In the northern-central European lowlands they formed in the landscape at a very early stage after the retreat of glaciers about 13 – 15 000 years ago. Since that time lakes act as ideal sediment traps continuously recording climate and landscape evolution. In some lake sediments fine laminations are preserved reflecting the seasonal cycle of deposition (varves). We will concentrate on such varved sediments because analyzing the seasonal variability will provide crucial information in the high-frequency domain even for the early period of the evolving landscape. Lake sediments are composed of ‘internal’ or autochthonous components produced in the lake itself (different species of algae and minerals) and allochthonous components that have been transported from the surrounding catchment into the lake as clastic particles transported by wind or water erosion but also wind-blown pollen. Thus, from lake sediments a wide range of biological and geological /geochemical proxies can be derived allowing us to gain information about both
(1) internal lake processes like trophic state changes and water circulation regimes, and
(2) about the surrounding of the lake including erosion processes in the catchment and changes in the vegetation cover. Some parameters that will be measured as stable oxygen isotopes on diatom frustules or endogenic calcite or reconstructed assemblages of insect remains (chironomids) are direct indicators of temperature and precipitation thus providing valuable climate proxies.

For the lake sediment investigation within ICLEA a holistic approach of stepwise integrating all possible information has been developed in order to achieve a comprehensive view on past landscape and climate change.
(1) A multi-proxy approach will be applied using novel combinations of high-resolution data analyses as well as development of new proxies (stable hydrogen isotopes on compound specific biomarkers; associated partner at U Potsdam). The envisaged time resolution is seasonal to decadal
(2) Monitoring of the variables in the climate-lake-catchment system to calibrate the sediment proxy data. This includes measuring limnological, hydrological and meteorological parameters as well as sediment-trap studies.
(3) Establishing coring transects from the deepest part in the lake centre to the shore lines in order to trace the pathways of particular matter fluxes from the catchment into the lake. This will be supported by hydrological monitoring in WP 1 providing information about dissolved matter fluxes.
(4) Establishing links to the soil profiles that will be investigated within the lake catchment in WP 5 in order to relate catchment processes directly to the sediment signals.

In ICLEA we will concentrate on varved lakes along a West-East transect through the focus region in order to investigate the role of the climate gradient. First site surveys together with the partner institutions UG and the Polish Academy have already identified excellent lakes that fulfil the given requirements. A crucial point is the synchronisation of these records which is only possible on the base of independent and precise chronologies. Establishing chronologies of the required quality can only be achieved through a multiple dating approach including annual layer counting in combination with the AMS radiocarbon dating on terrestrial macrofossils (asscociated partner AMU), 137Cs and 210Pb dating and tephrochronology including crypto-tephras. Tephra layers like the Laacher See Ash provide unequivocal time marker even to link lake with paleosoil profiles. In addition to absolute age determination, varve dating enables determining the velocity past changes and thus to better define the meaning of an abrupt change. 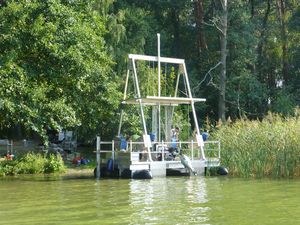 From August 31st to September 9th, 2015 the ICLEA partners PAN and GFZ drill together sediments of Lake Gosciaz in central Poland. The estimated sediment ages are late Glacial to early Holocene time. Aim of the investigations in work package WP4 (lake sediment data) are new insights in the regional climate and landscape development since the last ice age in a highest temporal resolution.

Authors explore in the study (published in journal The Holocene) how changes in land management influence pollen productivity. The authors study pollen deposition in largely annually laminated sediments from Lake Tiefer See in the Northeastern German lowlands deposited between AD 1880 and 2010. During this period, land use intensity has increased predominantly through the widespread introduction of artificial fertilizers, herbicides and heavy machinery mainly since the 1950s.
Theuerkauf, M., Dräger, N., Kienel, U., Kuparinen, A., Brauer, A. (2015, online first): Effects of changes in land management practices on pollen productivity of open vegetation during the last century derived from varved lake sediments. The Holocene 1–12.
The published results are a contribution by ICLEA partners at the University Greifswald and GFZ in WP4 (Work Package Lake Sediments) in cooperation with the University of Helsinki (Finland). 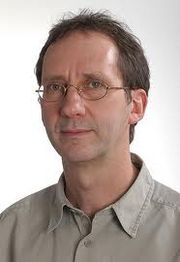 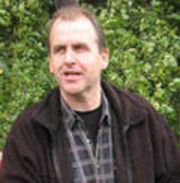